Elizabeth I came to the throne of England in 1558 at the age of 25. Her special favourite was a man named Sir Walter Ralegh. It was Ralegh's inspiration and guidance that led to the first English-Speaking communities in the New World.
The next spring, Ralegh commissioned a second expedition, a colonising mission this time. Accompanied by Manteo and Wanchese, some 168 adventurers returned to Roanoke. They wanted to establish a permanent settlement. Thomas Hariot, a scientist, described what he found with the excitement of a man confronted to an exotic new landscape.
However, the wonder was short-lived. Relations with the Indians deteriorated rapidly, as food became scarce and the Englishmen raided the Indian fish-trap. By the summer of 1586, the two sides were in a state of open war. The now-besieged colonists had to beg a rescue.
However, right from the start, the Indians were hostile. They killed one colonist who was fishing and the colony was soon in jeopardy. White was prevailed upon by other colonists to return to England for help, mainly food and supplies.
What took place after White's departure is a mystery. He was unable to return as quickly as he would have liked - it was now the year of the Spanish Armada, 1588 - and all the ships were needed for the defence of the English realm.
Finally, after many delays and crises, White set sail in March 1590, about two-and-a-half years after he had left Roanoke colony. Arriving on the coast of North Carolina, he and his men first anchored off Roanoke Island. They blew a trumpet and sang familiar English songs to the silent landscape. There was no answer. The nest day they landed. All the houses had disappeared. A palisade had been built but there was no sign of any defenders, alive or dead. White found three letters, CRO, carved on a tree, but to this day their meaning remains a mystery.
Roanoke Island became known as 'The Lost Colony'. 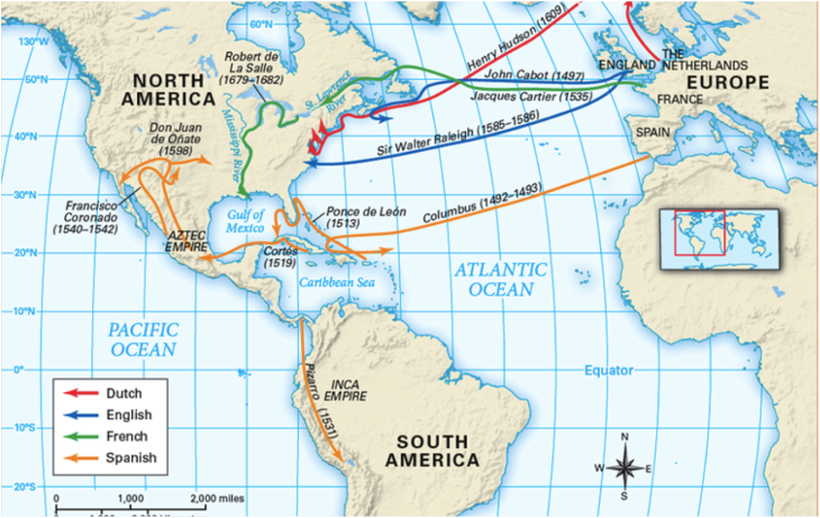