A | Introduction and background information

In Cold Blood is a novel written by the American author Truman Capote published in 1966. The book is based on a true story and it details the 1959 murders of four members of the Herbert and Clutter family in the small farming community of Holcomb, Kansas. Truman Capote heard of the crime before the killers were arrested. He decided to travel to Kansas to write about the quadruple murder. He was accompanied by his childhood friend and well-known author Harper Lee (To Kill a Mocking Bird). When in Holcomb, Capote and his fellow writer interviewed and residents and investigators in charge of the case. He took thousands of pages of notes.
The killers – Richard Hickock and Perry Smith were arrested six weeks after the murders took place. They were found guilty and sentenced to death by the state of Kansas. 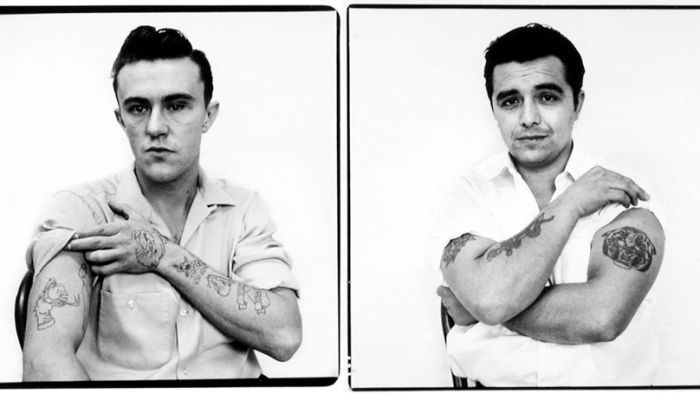 Richard Eugene Hickock, left, and Perry Edward Smith.
It is worth mentioning that Truman Capote spent six years of his life working on the book. After its publication in 1966, the novel brought the author much praise from the literacy community. However, many critics questioned and challenged the veracity of Capote’s account of the murders. Some of them even argued that the novelist might have changed facts to suit his story. Nonetheless, the novel was lauded for its eloquent prose and extensive detail. In Cold Blood was an immediate sensation – especially in Kansas
Three film adaptations were later produced based on Capote’s novel. The first motion picture, In Cold Blood (1967), was directed by Richard Brooks. It focuses on the detail of the book and Brooks wanted to ensure accuracy. This is the reason why he shot on location in Kansas, even using the house in Kansas, even using the house in Holcomb in which the murders occurred. The second and third movies explore Capote’s fascination with the murderers and researching the novel. The film, Capote (2005), stars Philip Seymour Hoffman. The American actor – who died in 2004 – won the Academy Award for Best Actor for his performance / portrayal of Truman Capote.
If you are already logged in, please scroll down. | Si vous êtes déjà connecté, veuillez descendre.