It is said that only those born within earshot of the 'Bow Bells' (St Mary-le-Bow) can claim to be Cockneys.
This map shows, in green, the area where the sound of the Bow Bells reached in 1851, and in blue, the much smaller area that it reaches now 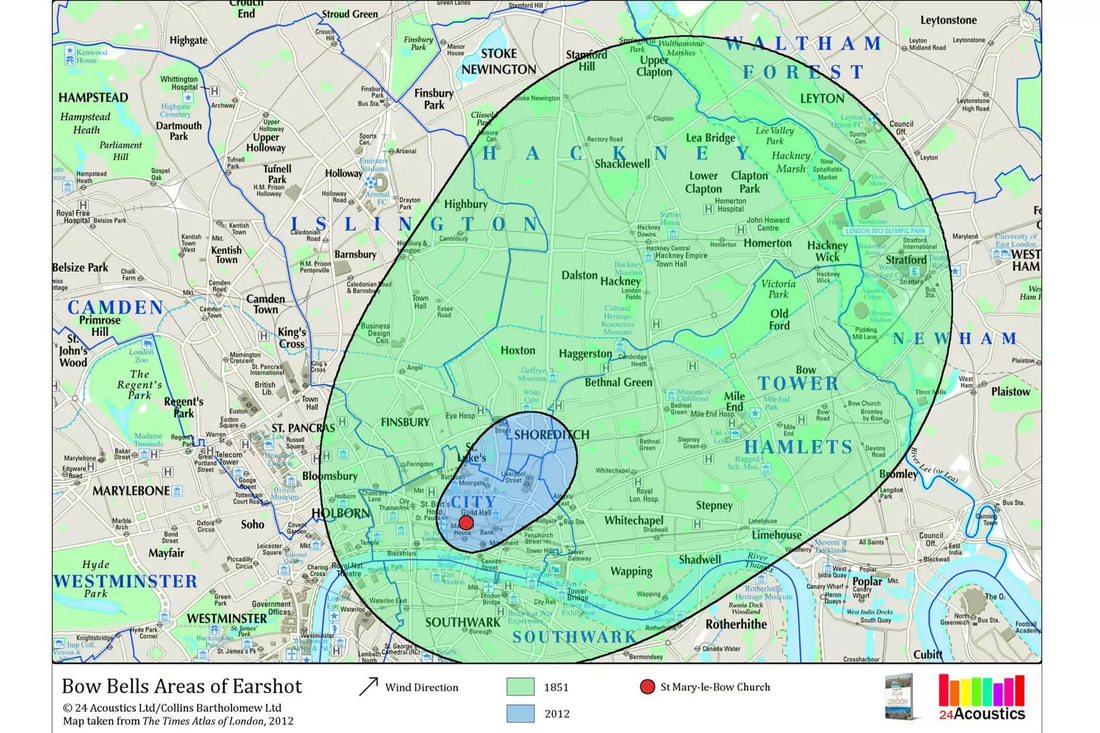 What or who is a Cockney?

A cockney traditionally is a person born within hearing distance of the sound of Bow bells, meaning within the sound of the bells of the Church of St Mary Le Bow in Cheapside, London, EC2 and refers to an East London accent, however to most people living outside London the term Cockney means a Londoner.

3. The use of glottal stops in place of certain consonants in certain parts of words (/ˈbetə/ -> [ˈbeʔə])

What is Cockney Rhyming Slang?

Cockney Rhyming slang is a coded language invented in the nineteenth century by Cockneys so they could speak in front of the police without being understood. It uses a phrase that rhymes with a word, instead of the word itself – thus ‘stairs’ becomes ‘apples and pears’, ‘phone’ becomes ‘dog and bone' and ‘word’ becomes ‘dicky bird’. It can become confusing when sometimes the rhyming part of the word is dropped: thus ‘daisies’ are ‘boots’ (from ‘daisy roots’).

I don't Adam and Eve it!